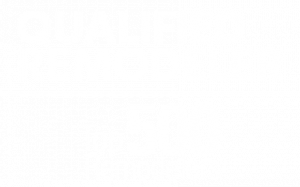 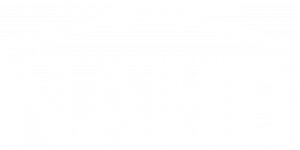 See what our customers are saying about us!

Glen and his wife from Plano, TX were looking for a local roofing company they could trust after the “big hailstorm of 2016” hit the DFW metro area. Cody came out to meet Glen and make sure all their questions were answered, and during his inspection he actually caught some things Glen’s insurance adjuster had missed, as well as Cody made sure they got a higher quality shingle than the insurance company was recommending. We made sure that they got treated fairly by the insurance company with their claim.

Bonnie was looking for a local roofing company she could trust after the “big storm of 2016” hit the DFW metro area. Owners Scotty and Scott McCollum came out to meet her and make sure all her questions were answered and that she got treated fairly by the insurance companies.

Jim was ready to write a check for $75,000 to $85,000 for his new roof. Scott McCollum told him “I can get your insurance company to pay for your roof, Jim”- and he did just that. Jim ended up with a roof superior in every way to what other roofers offered him for his $85,000.

View the video to see for yourself!

Barney & Betty from McKinney, TX were another customer of ours looking for a local roofing company they could trust after the “big hailstorm of 2016” hit the DFW metro area. Initially they weren’t sure if they had hail damage, so they talked to 3 roofing companies to assess the damage. Ty came out to meet Barney & Betty and make sure all their questions were answered, not just about cost of replacement, but about the entire insurance claim process with both McRoof as well as being treated properly by the mortgage and insurance companies. Barney & Betty immediately became comfortable with our approach and the fact that we were a family business, locally owned and took as much time as needed to listen to their concerns and answer all their questions. Check out the video to hear more about Barney & Betty’s story!

Jim R. had an old, storm-damaged roof that his insurance company didn’t want to help him with. He heard about McRoof on the radio, gave Scott a call, and had a brand new roof a few months later:

At the cost of his deductible.

He was so pleased with his service, he called Scott back to do the same with an old commercial building a short while later.

Ronnie and his dad had received a check from their insurance company for $14,000 as payment for damages after the huge hail storm in 2010. It took Scott McCollum almost a year to work through the “insurance process” but the result was a slightly larger payment:

When another hail storm hit the building a short while later, he called McRoof off the bat and the second claim was completed pain-free. Afterwards, Scott went out to Ronnie’s home and saved him $20,000 by putting a pitch on his flat roof.

Words can’t describe how happy i am with this whole experience. My roof looks great and i really appreciate all Cody did for me (and who ever else might have been involved) in getting State Farm to cover the cost of redecking. My agent is my brother in law and even he was no help. Again, Cody is the man and McRoof rocks!

“They did a great job! Very knowledgeable and well prepared, and they have provided great customer care after the job is done.”

Finance Your Roof Repair or Replacement
Great Options For Qualified Homeowners
Keep Your Project Affordable
Request Financing
Check Out Our Specials!View OffersWe Offer 24/7 Emergency ServiceContact Us
View Some of Our Past Projects
Exceptional Work
Damaged Roof? Don’t Fret!
Turn to Us for Storm Damage Services
We Are Highly Experienced & Credentialed
Learn More

“Scotty did a great job on my roof. I found out about them when they did my Dad's roof. They dealt with the insurance company the entire time.”